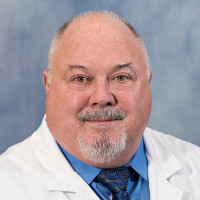 Dr. Alver graduated from the University of Miami School of Medicine in 1985. He was salutatorian of Northeast High School in St. Petersburg, Florida in 1975. In 1979, he received his bachelor’s degree in chemical engineering from Auburn University in Auburn, Alabama. He received his training in general surgery and urology at the Brookdale Hospital Medical Center in Brooklyn, New York from 1985 to 1991, and has been in private practice in Brandon and Sun City Center since then.