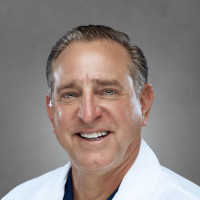 Dr. Frank Mastandrea graduated from Saint Louis University with honors with a degree in Chemistry and Biology. He was able to spend a semester abroad in Madrid, Spain at the St. Louis University campus in Madrid studying Spanish there. He was elected to Alpha Sigma Nu, the Jesuit College honor society. During his years in college he competed on the swim team and was active in volunteer work as an EMT. As a physician, Dr. Mastandrea has participated in writing several publications related to bladder cancers and urinary diversions.

He has also been a laparoscopy instructor for post graduate medical education, teaching lymph node dissections, nephrectomies, and partial cystectomies. This is where he developed his interest in minimally invasive surgery. During his residency he started the cryo-therapy program at Moffitt cancer center under Dr. Pow Sang. Once in private practice he completed Da Vinci training in 2002. He helped to start the robotics program at St. Joseph’s hospital and has served as the head of the Robotics committee there. Locally he is recognized as a leader in minimally invasive surgery and robotics surgery. He has been in private practice since 1996 first practicing in Hudson, FL for 2 years then taking over Dr. Mawn’s practice in Tampa on Nov. 15th 1998 till present.

Dr. Mastandrea has been very active in the medical community culminating in his serving as President of the Hillsborough County Medical Society from 2004 to 2005. He has also served as a representative to the Florida Medical Association annual meeting for many years. He has served as President of the medical staff at St. Joseph’s hospital from 2008 to 2009. He has over seen the Quality Committee at the hospital as well as served on the disciplinary board of the hospital.

Personally Dr. Mastandrea has been married to his wife Hillarie since July of 2000. They have 2 very active boys who participate in football and basketball. Dr. Mastandrea has coached each of his boys and is an active supporter of their activities. When not on the court or the field he enjoys fishing and scuba diving with his sons.